When I first found our future casa on Sebastian's website DRCoastalproperties.com I clicked through
the pictures and saved it as a favorite. Not knowing at that time whether or not Cabrera or even the Dominican Republic would be a possibility for our future lives. I documented the early days in my first couple blog entries. Back then the house was a model home (aka first house in a development of eventually 10 little 2 bedroom bungalows with pools and ocean views.) It was built in 2005, but then the global recession and the builder's own health changed the plans. Fast forward ten years and Thomas and I meet Sebastian at his office and he guides us up a road that is barely passable and to which he refers as the 'easy' way...through a rough looking ramshackle squatter village, up a steep rocky road...and down a two-track that led me to wonder "Are we going to be murdered up here? Will anyone find the bodies?" Sebastian didn't act or seem like a serial killer, but who would know?? 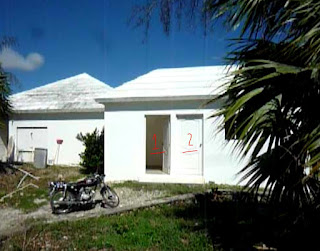 Then we turn up an even steeper two-track (our road) and park next to a little white box with the Bermuda style roof. The listing had shown a cute little house with a tall royal palm next to it and the pool not even complete. When we drove up I didn't really notice anything different, but when we walked in I clearly remember thinking, "Hmmm...I thought the kitchen was tucked into a corner with a sliding door to the patio?" followed by "What are these lines running through the floor and up the walls and ceiling?" A subsequent owner had bumped-out the living area to have more indoor space for furniture...not a bad choice...but, an even better choice was adding a 20' by 10' structure to the southern side of pool deck (bye bye royal palm) that was two rooms, one with a shower and toilet.  So, in short, there was the potential right away for this house to be a three bedroom, two bath house! Even though the listing still showed only a two bedroom and one bathroom.  I don't think it would have still been for sale even for $110,000 if the listing had been current...let alone the $75,000 we got it for.  We thank our lucky stars! It would take some work, but
in the end we could have an owners' suite that was separate from the main house and even if there were tenants living there (it would be in the lease) Thomas and/or I could use it if we had to come down to fix things. Not to mention, having the ability to lock up certain things. The two rooms had doors that were only accessible from the other side. No pool deck entry. The original patio door to the kitchen was still in the house when we bought it so that logically was installed into the poolside wall and the wall between the two chambers was mostly taken down by Thomas and his son Robin in the first summer we owned the house. There are a lot of little complications to converting these two rooms and bathroom into a owners' suite: 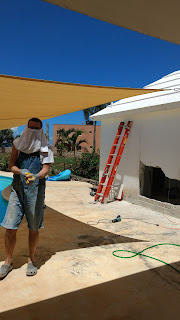 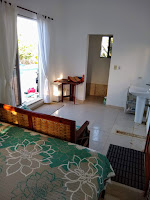 We have dealt with around half of these issues.  Once the upgraded plumbing is complete we will move all the furniture out and pour concrete to raise the floor and upgrade the tiles that are in bad shape. We have a small fridge and a coffee maker in there now and it feels like a hotel room suite. I would not stay in the owners' suite until we put bars on all the windows and got a new door (the old one was so rotted and cracked many MANY creepy crawlies could and did get in. No, thank you).  But all of that was handled and soon it will be getting its very own direct solar AC split unit and will stay cool and dry between visits, and additionally, can be a place to store linens, towels and other bedding items to keep them from getting super musty smelling! Ew! Most importantly, we finally were able to set up the king-sized bed in the suite and it's super comfy! Sleeping had been a bit elusive due to the extremely firm queen mattress in the poolside bedroom in the main house. (I have since bought a memory foam topper for that bed so that other humans could actually use it...) Now, per my persistant ability to find something to complain about, I have only to deal with the cricket and frog chorus at night keeping me awake.  Since the suite has four exterior walls, each with a window or a door, the cacophonous Song of the Caribbean Night can be deafening! 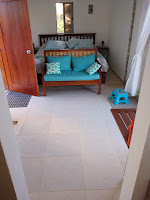 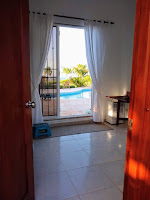 Both Thomas and I have officially used the owners' suite on impromptu trips down to Cabrera for various issues. It's nice to have and we now can fit 5 to 6 people comfortably in the house when I bring my mom and the kids down for vacation!  That's a bonus!

Popular posts from this blog

Our Episode of HGTV's Caribbean Life! 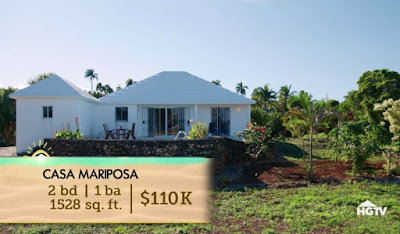 All photos courtesy of HGTV
We were on Caribbean Life!  It was sooooooo much fun.  I'm sure you have read elsewhere online that it's somewhat staged...and you kind of already need to own a place to even go on the show to pretend your looking for a place, but it was a great experience and one that Thomas and I will never forget...mostly because HGTV sent us a DVD copy...but, we don't acutally have cable TV. So, we had to watch our episode at friends' house.  I have to tell you, as someone who doesn't even like pictures of herself...a whole filmed episode is torture.  But, in 10-15 years, I'll probably think I looked fabulous! HAHAHA.

So, as an avid watcher of Caribbean Life/Beachfront Bargain Hunt/House Hunters International I ran across a link on HGTV to apply to be on one of these shows. I was absolutely CONVINCED we were going to be on the show.  I think my husband thought it was a long shot.  But, they pump out like 10 episodes of shows like Caribbean Life e…
Read more

Buying appliances and what kind of stores to expect in Dominican Republic. 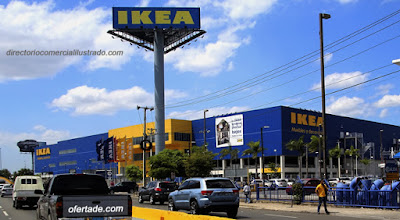 If you go on to IKEA.com you will be surprised (at least I was) to find one country in the Caribbean listed there.  The Dominican Republic!  They actually have one store in Santo Domingo and then 'distribution centers' in the East and one in Santiago which is closest to the North Coast.  Basically, you order online at the SD store and they ship it for free to a distribution center, or ship it to your door for not too much (I have not done this yet...but plan to).  The prices seemed at first to be WAY too high...but, upon further inspection it would seem it depends on the item.  Appliances at IKEA-DR no way!  They are ridiculously expensive...mattresses too...but, some things are about the same. So, we drive down to our IKEA check out some of the items we see available at the Santo Domingo IKEA and then go from there.  The website is great...since you most likely have to order online. 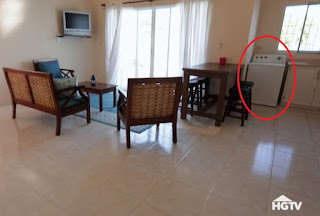 So, as many people who have spent time in the Caribbean know, a washing machine is quite an electric hog.  My high efficiency washer here in the States would be impossible to run in DR.  It may be water efficient and mostly energy efficient, but the cycle is so long that it would use twice the energy than the old version washers use.

Until we create a utility room on top of a future larger cistern we're planning to build on the back of the house, (front? The slope leading up to our house on the opposite side of the view...I consider it the back... Hubby calls it the front... we'll agree to disagree) we will have to keep the washer in the kitchen, European style!

Many of the expats we've met in DR have a love/hate relationship with island washers. They are simply a spinner that you use a hose to fill and drain and then hang your clothes to dry in the sun and wind. (a dryer is even more of a luxury and uses as much electricity as AC. There are gas powered dryers...something …
Read more